Custom home builder Jeff Annas has never built the same house twice. Jeff said, “I get tickled when people ask me, ‘What comes with your standard home?’ My standard home comes with whatever you want.”  A native of Hickory, NC, Jeff had a 20-year corporate career in management before he founded Annas Development & Building in 2002.

In terms of building green homes, Annas Development & Building endeavors to implement NAHB National Green Building Standards at no or very low additional costs to the homeowner.  Jeff is a Certified Green Professional. One of the certifications he is most proud of is that of Graduate Master Builder, “There are only nine of us in the state of South Carolina, and it’s the most difficult certification to get,” he said. Before beginning pursuit of this certification, a builder must have the Certified Graduate Builder (CGB) designation or the Certified Graduate Remodeler (CGR) designation with 5 years building experience; or 10 years building experience and successful completion of three CGB/CGR courses before earning the NAHB Graduate Master Builder title.

Annas Development & Building has constructed around 30 custom homes in the past ten years in the Grand Strand area. Jeff said, “I don’t limit myself to any neighborhood, though people tend to associate builders with neighborhoods.” His own home is in Grande Dunes, and other builders have told him he’s “crazy” to live where he also builds, but Jeff sees things differently. He said, “I tell people at the end of the day, we’re going to be best friends, or I didn’t do my job.” Jeff’s perspective is different from many builders, “I’m going to see people out for dinner, the grocery store, the mall; I don’t want to be ducking and hiding from people. I’d rather they come up and speak to me and tell me they’re really enjoying their home.”

The key to a successful building experience comes down to planning. Jeff advises clients, “If you’ll listen to me, plan, and do the things I tell you to do ahead of time, you’ll be surprised how less stressful it will be.”  The rewards are unmatched for building custom and realizing one’s dream home. Jeff and his team will be present throughout the entire process. Annas Development & Building subcontractors are equally dedicated to total customer satisfaction.

When Building Industry Synergy spoke with several Annas Development & Building clients, there was remarkable consistency in their praise for Jeff as an individual, company subcontractors, and their building experience.

Larry Muse is no stranger to blue prints and construction. He had an engineering firm in New Jersey that did mechanical and electrical engineering for commercial clients. Larry and his wife Joni wanted a Spanish-style house. One of his clients who owned a vacation property in Barefoot Resort, advised Larry to look at Grande Dunes. Their real estate agent referred them to three builders. Joni said, “Jeff stood out amongst the three.” Larry liked that Jeff had a smaller operation and they could enjoy more comradery with him. He added, “Being in the construction industry, Jeff had no issues with me talking with any of his subcontractors or being active with the house while it was under construction, which I appreciated. Quite honestly every one was extremely friendly and accommodating. Anything that needed to be revised, there was never any issue; it really worked pretty smoothly.”

Larry dabbled in architecture and design as a hobby and created a CAD floor plan to get the design ball rolling.  Ultimately their courtyard-style home in the Members Club of Grande Dunes has all the amenities and luxuries one could hope for. Larry loves his five-car garage (with lifts) that supports his car-enthusiast / builder hobby. Joni said, “I feel there are so many wonderful elements about the house. I love the arches, I love the courtyard [the pool is in the courtyard for optimal privacy and access from every room in the house]. They built a feature wall with custom cabinetry and a 6’ linear fireplace that is particularly soothing to view and use.

The client who recommended the Grande Dunes to Larry and Joni is going to build a house there and has decided to use Jeff Annas as the builder. “It’s come full-circle,” Joni said. “Jeff as an individual is top notch.” The Muses home has been shown many times by Jeff to other potential clients. Larry said, “Our relationship continues even though the house has been completed. Jeff responds immediately and follows up without any hesitation. He’s an excellent guy to deal with.”

Bob and Nelda Heatherley came to meet Jeff in a rather serendipitous manner. About five years ago, Bob and Jeff had a mutual friend who was holding a garage sale. Bob told the friend, “I sure would like to find a good builder.” Jeff arrived at the sale at the same time and the mutual friend made the introductions telling Bob, “He’s not only a good builder, but he’s a good friend, and he’s honest.”

Much like Joni and Larry Muse, Bob had interviewed other builders. Bob recalled, “They were good builders, but they didn’t have the time to give me the attention that I felt I needed to have my house built correctly.” For that reason he also liked the idea of going with a smaller contractor. Bob gave perhaps the biggest endorsement of all when he said, “If I built another house, I’d have Jeff build it. We’ve been here five years and there are no settling cracks anywhere in the house. Is that not amazing? Jeff takes so much pride and attention; he’s conscientious and one of the best builders I’ve ever seen.”

Two years ago, Kim and Zhen Ridgway built their home in Plantation Point with Annas Development & Building. Kim corroborated many of the remarks made by others. Kim said, “Jeff was on the jobsite every day and personally cleaned the site on a regular basis during construction. He remained very much involved in the details for every aspect of construction. The subcontractors were excellent. If we ever called Jeff with a question and left him a message, we received a response right away. The original completion date for our home was by the Thanksgiving holiday & our home was actually finished by Labor Day. We love our home!”

Annas Development & Building also does substantial remodeling projects and additions. Dr. Randall Haynes and his wife Laurie purchased an existing home in Plantation Lakes in 2016. They hired Jeff to complete some major projects, especially the master bath. The scope of work also included removing old floors and installing new floors throughout the home. A new pantry was installed in the kitchen, handrails and stair treads on the foyer stairs were renovated, as were the fireplace and existing entertainment center. Randall said, “Jeff Annas was referred to us by a local interior designer. When we first met Jeff, I had a gut feeling that this was the right fit for us, and I am very happy we acted on that feeling. Throughout the remodeling process, Jeff was on top of everything. He was very attentive, prompt in addressing any questions, honest and up front in all of his communications with us. My wife and I were very pleased with the quality of the subcontractors that Jeff uses. We would not hesitate to recommend Jeff to any customer looking to build a home or complete a remodel project.”

Annas Development & Building offers a Quality Builders Warranty and is a member of the Better Business Bureau of Coastal Carolina. The company is an Accredited Business with BBB earning an A+ rating. 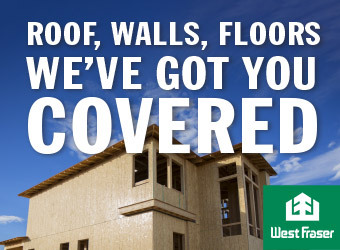 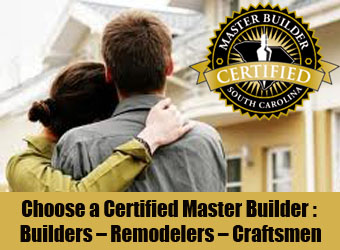 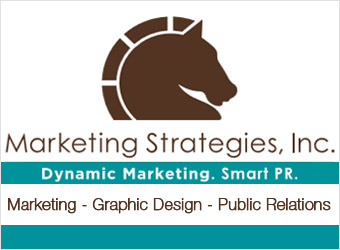